Development of this ion beam analysis for tritium detection will provide a unique opportunity to detect fusion fuel (deuterium and tritium) at the same time. Tungsten sample that was pre-irradiated by 20 MeV W ions was exposed to tritium (T) gas at 450oC. Such exposure populates the traps induced by W ion irradiation by T homogeneously down to 2 µm and ensures little outgassing as was observed by deuterium gas loading of a W sample prepared on the same way.

The activity of the sample was 220 MBq as measured by liquid scintillation technique during W sample chemical erosion. The nuclear reaction product was detected by a thick silicon detector placed at the angle of 135o with respect to the incoming beam. Small signal was observed in the spectrum and was increasing with the impact energy. 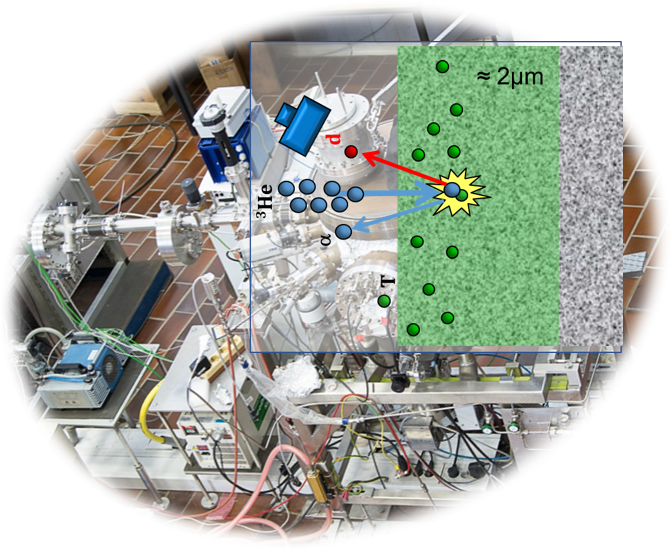 INSIBA experimental station where the experiment was performed and schematically the nuclear reaction between 3He and T in a tritiated tungsten sample producing alpha particle and deuteron which we have analysed in the TRANSAT study.